“With nearly 50 percent of Minnesota’s agricultural exports going to Canada and Mexico, valued at over $1.5 billion per year, it is clear NAFTA has provided substantial value for Minnesota farmers, food companies, and agribusinesses,” AgriGrowth Executive Director Perry Aasness said.  “Today’s forum confirmed the overall benefits of NAFTA to Minnesota agriculture and the state’s economy.  While it’s an appropriate time to review and update the NAFTA agreement, it’s clear that withdrawal from the agreement would be harmful to Minnesota’s ag and food sector.” 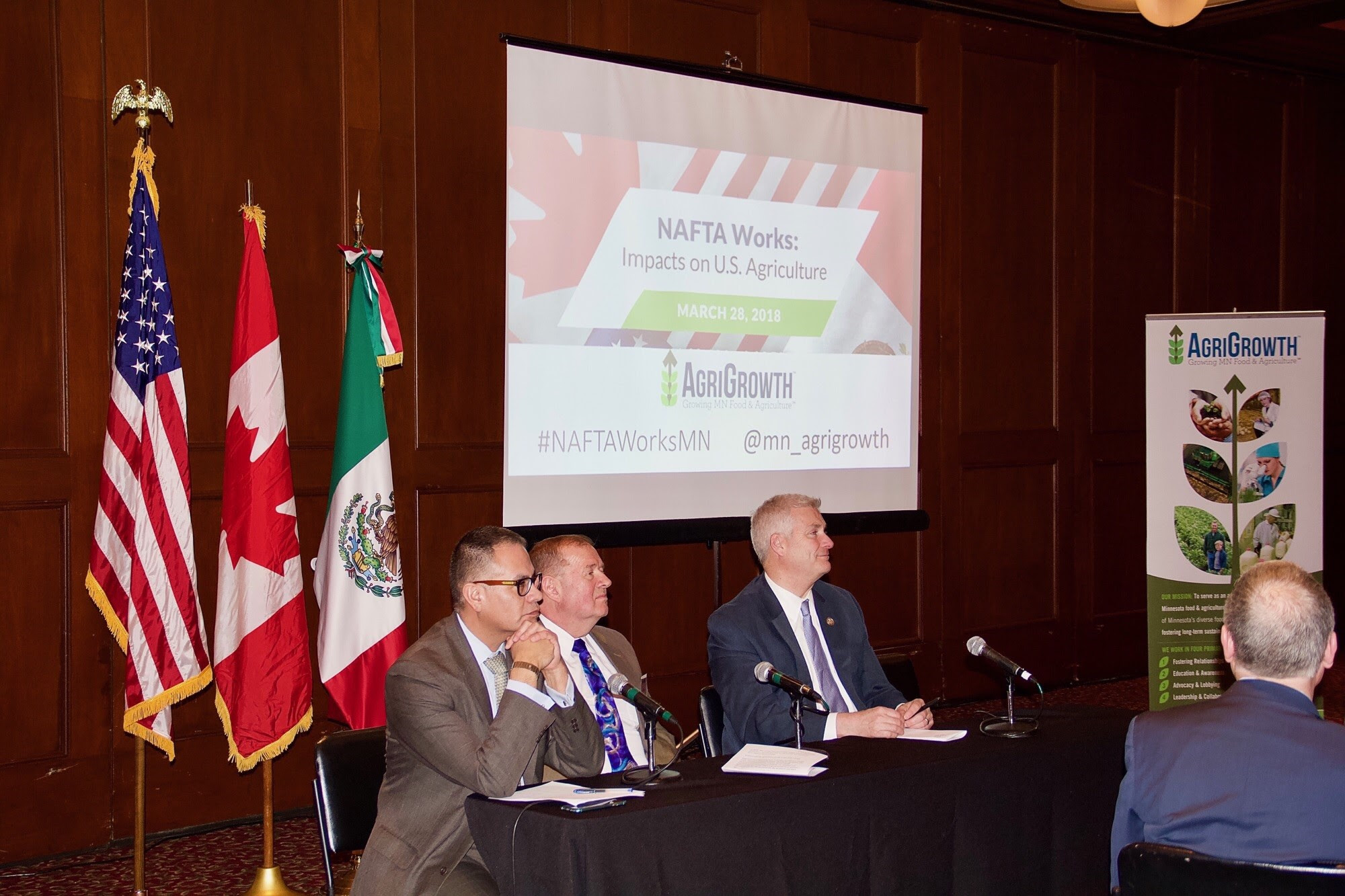 Congressman Tom Emmer on the importance of NAFTA, “When it comes to NAFTA, Minnesota has a real economic stake in these negotiations as the deal supports thousands of jobs and provides important markets for our agriculture, manufacturing, and energy sectors.”  Congressman Emmer concludes, “I am grateful for the opportunity to have had this productive discussion today with Consul General Paul Connors and Consul Gerardo Guerrero and I look forward to ensuring the United States, Mexico and Canada have a trade agreement that is fair for all players and leads to continued success for Minnesota.”

Canadian Consul General Paul Connors said, “Since NAFTA was implemented in 1994, our trade with each other has tripled, and our agricultural trade has quadrupled.  This trade is integrated, as evidenced by the top five agricultural products exported to and imported from Canada:  Minnesota sends Canada animal feed, Canada sends back calves and piglets, then Minnesota sends Canada prepared meats.  An updated NAFTA is critical to growing this trade even further.  Let’s get to win-win-win.”

Gerardo Guerrero, Consul of Mexico in Saint Paul said, “Two decades ago we were pioneers in devising an agreement that changed the international trade architecture. This time, we have the chance to be pioneers again: reshape the way we interact, redefine our region, and make a positive contribution to the international trading system. In 1993, México was the seventh maket for Minnesota. Now, it is the second trade partner, illustrating the importance of NAFTA for Minnesota’s growing business. Mexico is Minnesota’s largest importer of corn, dairy products, and turkey; and the second largest importer of soy, pork, and beef.”